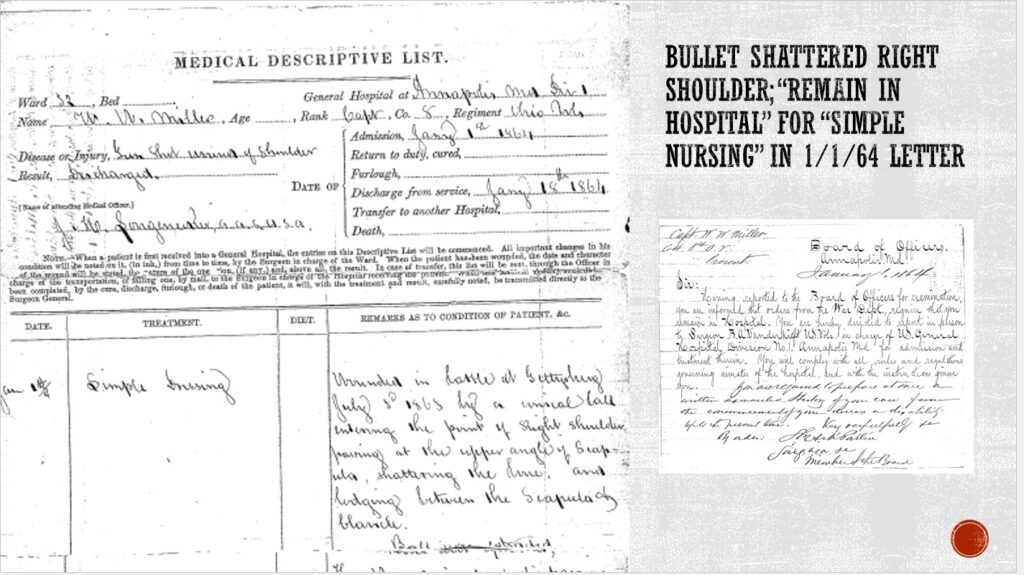 On January 8, 1864, Miller received an honorable discharge from the U.S. Army. Clearly, he wasn’t in fighting shape. So what was next for this 21-year-old man?

On March 5, 1864 (just two weeks after his 22nd birthday), Miller was “allowed to appear before a Board of Officers at Indianapolis, Ind. to establish my claims to a position in the Vet. Res. Corps.” The Invalid Corps was created by the War Department for men who’d become permanently disabled by wounds (or disease) in the line of duty. When possible, it made sense to use them in “valuable capacities, such as in garrison, as military police, or on clerk duty. This freed as many able-bodied soldiers as possible for frontline service.”

On March 11, 1864, shortly after Miller wanted to become part of this unit, the government wisely renamed it the Veterans Reserve Corps in General Order 111. Regular troops apparently made fun of the idea of a corps for invalids. Duties that men in the now-named Veterans Reserve Corps might perform: guard prisoners, find and capture deserters, and help new recruits. 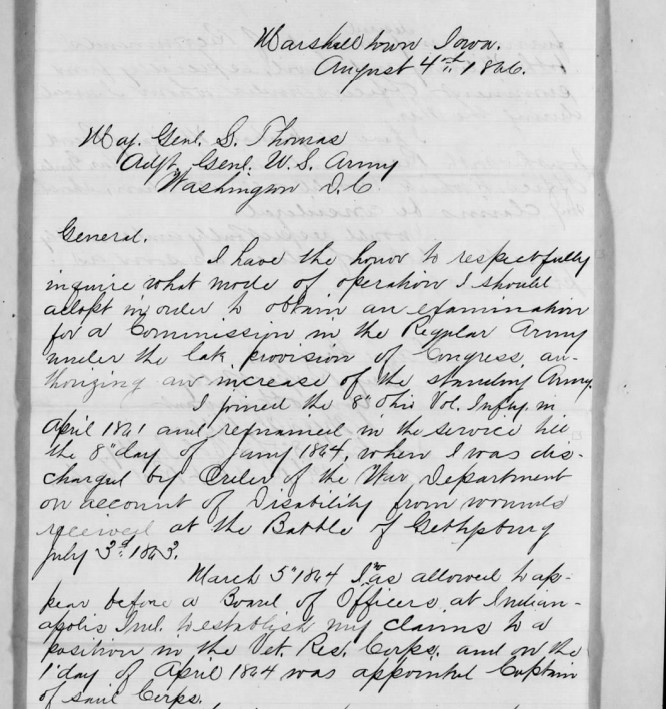 As the letter from Miller notes, the War Department approved this request on April 1, 1864, naming him as “Captain of said Corps.” He served in the 2nd Regiment. 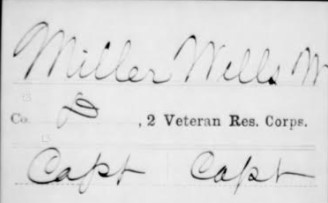 You might note that Miller refers to the Invalid Corps as “Vet. Res. Corps.” That’s because he wrote this letter on August 4, 1866 when he asked to resign from his commission, listing this reason: “Having so far recovered from the effects of my wounds as to be able to do other business.” Note to self (and to blog readers!): I will order Wells Waite Miller’s Veteran Reserve Corps records.

On December 4, 1864 in a letter from Kalamazoo, Michigan, Miller thanks Brigadier General L. Thomas for his  Vet. Res. Corps commission. This is likely to be Lorenzo Thomas who had a topsy-turvy military career. 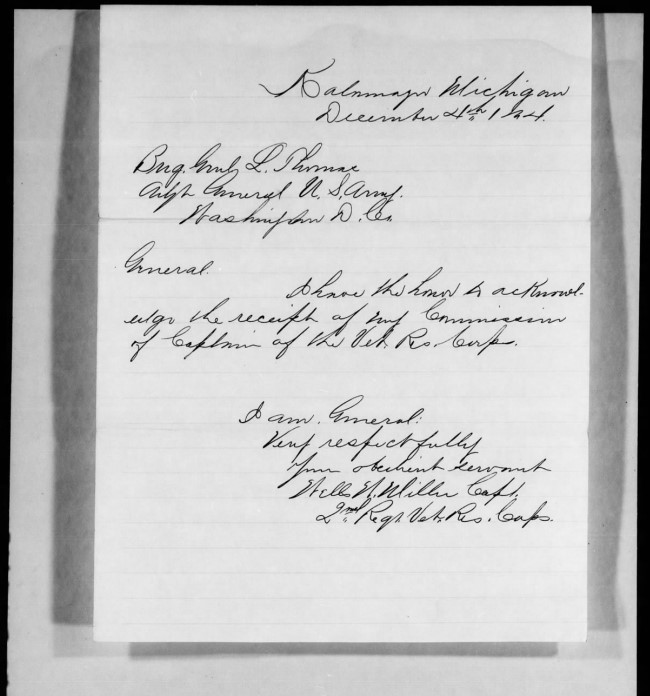 Miller then transitioned into his next request, being “desirous of joining the Regular Army.” The Civil War had ended 16 months earlier although the country still faced significant challenges. Miller offered to furnish military and civil records from prominent officers under whom he served without getting specific. I have found no evidence that he was taken up on his offer (although research always continues) and nothing in his pension records indicated further military service.

With his military career effectively over, Miller turned to teaching. Castalia High School opened in 1867 with Wells listed as its second teacher. Perhaps that meant for the year of 1868. In any event, by the 1870 census, his occupation was listed as “farmer,” so his teaching career appears short-lived.

Miller became a well known agriculturist with his father-in-law Calvin Caswell (an Erie County Commissioner from 1863-1868) said to be the biggest wheat farmer in Erie County, Ohio. Then Miller would go on to serve the government in other ways, including as Ohio’s Secretary of Agriculture from 1894 until his death in 1906.