In 1904, D. Cunningham and Wells Waite Miller published this report, and I was reminded of this publication while reading Marching Home: Union Veterans and Their Unending Civil War by Brian Matthew Jordan. In this book, he dispels myths about Union soldiers returning home at the war’s end and shares post-war experiences common among them. As I read his book, I realized how many of them described actions that Wells took. For example, he tried to stay in the military, post-war; he served in the Invalid Corps after his injuries, but he was not accepted into the regular military afterwards. He, like many others, continued to fight for a larger pension (more about that in another post).

Today, I’ll focus on another commonality noted by Jordan: how many veterans wrote about their experiences. Wells coauthored The Ohio Antietam Battlefield Commission in 1904. He, along with D. Cunningham and three others (D.H. Kimberley, James T. Moore, and E.T. Naylor) created a report after being named to the Ohio Antietam Battlefield Commission by Ohio Governor George K. Nash. 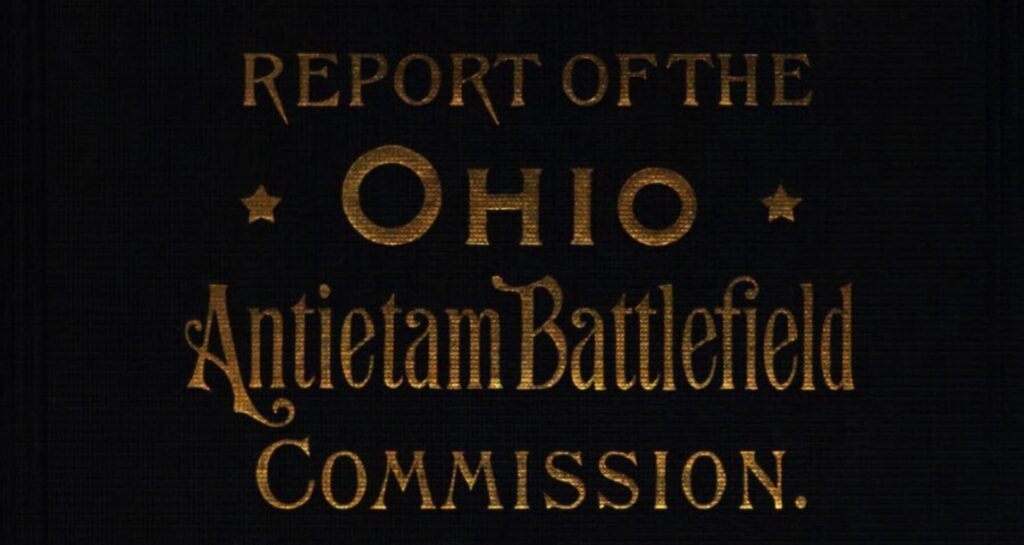 In his report (I know it’s coauthored; for simplicity’s sake, I’ll refer it to as Wells’s report), he noted how the Union Army led by General George McClellan knew by September 5 that General Robert E. Lee planned to invade Maryland. He shares attempts by the Union to prevent this invasion, but the two armies nevertheless met by Antietam Creek. General McClellan set up headquarters on September 16, 1862, planning to attack Confederate forces on September 17. Some action, though, occurred on September 16.

The report details the actions of each of Ohio’s units involved in this battle and offers this conclusion: “While the North was somewhat disappointed that more substantial results had not been accomplished, that Lee’s army had not been captured or more severely crippled, yet the South, and especially General Lee, had much more reason to feel disappointed. Lee’s losses during the campaign footed up fully thirty thousand men.”

Each of the Ohio units that fought at Antietam has information about their military service included, and not necessarily limited to what they did at Antietam. Because Wells was a private in the 8th OVI, Company E, and then a captain in Company H by the time the Battle of Antietam occured, I’ll share information about that group of men.

Men initially enlisted in April 1861 in response to President Abraham Lincoln’s call for 75,000 men. Wells responded at that time, said to be the first enlistee from Margaretta Township.

They gathered at Camp Jackson in Cleveland, Ohio; Company E included men from Erie County, so that was Wells’s first assignment. The men traveled to Camp Dennison, Ohio, arriving on May 2, 1861. In June 1861, men—including Wells—re-enlisted for another three years. On 7/8/61, they joined the army; I write it that way because I was born on 7/8/61—one hundred years to the day that Wells left to join the Army of the Potomac.

The Ohio Antietam Battlefield Commission notes how “Antietam was the hardest fought battle for one day in which the regiment was engaged. It occupied a very exposed position, and performed conspicuous service in the capture of the sunken road, or ‘Bloody Lane.’ Its monument is located at the point where the regiment crossed Bloody Lane and where several hundred Confederate prisoners were captured.” 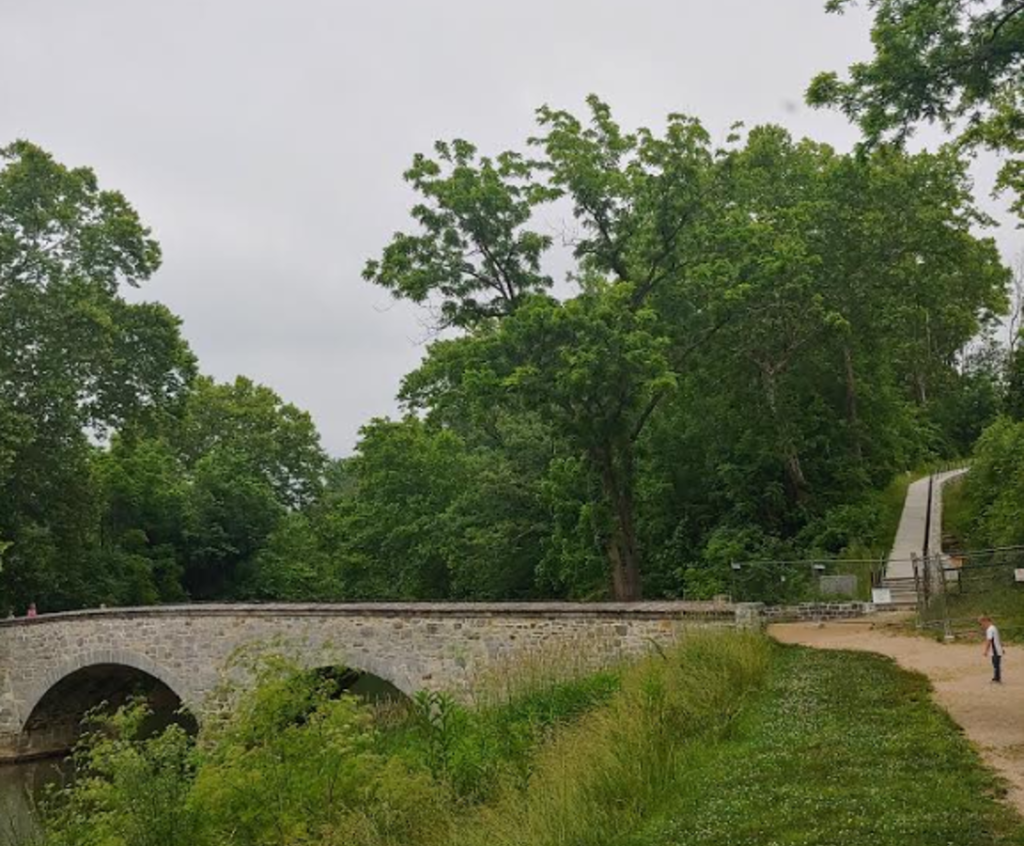 Miller, who was physically unscathed during the fierce fighting, was charged with taking these prisoners to a location on the battlefield. It may have been by Burnside Bridge although, when I asked rangers at Antietam National Park, they said that the location is not known for sure.

The Ohio Antietam Battlefield Commission shares the text on the front and back of this monument. On the front:

Army of the Potomac

On this Field Ohio’s Sons Sacrificed

Life and Health for One Country and One Flag.

On the back, text reads:

For more information on the topic, read the entirety of the Ohio Antietam Battlefield Commission report and Ohio at Antietam: The Buckeye State’s Sacrifice on America’s Bloodiest Day by Kevin R Pawlak and Dan Welch.